A Marketing Communications Conundrum: He, She or They? 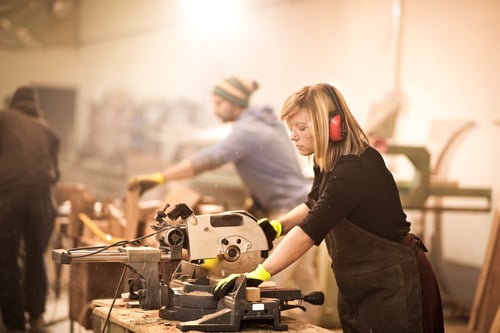 What’s in a name? That’s a question Shakespeare asked and answered by saying “that which we call a rose by any other name would smell as sweet.”

The Bard of Avon is telling us that nomenclature is unimportant and that whatever name we give to a thing does not change its essence.

Yet as our society changes and gender standards become less rigid, questions of nomenclature have assumed an outsized importance. There are heated and highly emotional battles being waged in many states right now over who gets to use which bathroom, but that’s a political, not language issue.

The History of "They"

It became obvious that things were changing when the American Dialect Society, at their annual meeting in early January, declared “they,” used as a third-person, gender-neutral, singular pronoun to be the word of the year.

As someone who has railed against that usage and more than once during my editorial career been accused of being “the grammar police” that was a tough one to swallow—not because I don’t agree that we need gender neutral language, but because, in my mind at least, “they” obviously refers to more than one thing.

But it turns out that this new locution is actually a very old one. “They” has been used reflexively to refer to an unknown person of unknown gender probably for as long as there have been English speakers. It has been used by some of the most respected writers in the English language including Shakespeare, Chaucer, Shaw, Orwell and the authors of the King James Bible.

“It wasn’t until 1745, when the schoolmistress-turned-grammar-expert Ann Fisher proposed ‘he’ as a universal pronoun for a person of unknown gender, that the use of ‘they’ in the same circumstance was respun as grammatically incorrect,” explained a recent article in The New York Times Magazine.

The problem with “he” as the universal generic pronoun is that the reader cannot help but envision a man, and that just doesn’t seem right in a world where women (in most countries) can do the same jobs as men, including serving in combat roles in the military.

As the roles of women in the military have expanded, the Pentagon has made moves to reflect that in job titles. Although not quite as elegant a label, rifle technician is certainly an acceptable replacement for rifleman. The Navy, though, has run into a real head-scratcher trying to find a replacement for yeoman—enlisted personnel performing clerical duties aboard ship. Since “yeo” by itself doesn’t mean anything, I can’t wait to see what they come up with.*

While “they” is an acceptable solution to the problem, and I’ll eventually get over my issue with singular/plural agreement, it does take some adjustment and can result in some strange-sounding statements.

A recent episode of the HBO show “Girls” highlighted this when one of the characters referred to a coffee shop barista of ambiguous gender as “sir,” which as it quickly became apparent was not the proper form of address. The barista’s co-worker responded with “You offended they, and you offended me, so I think it’s best that you leave.”

The ultimate lesson for the business world from this language revolution is that you have to know to whom you are speaking and how they want to be addressed. Otherwise, “they” might be offended.

*The term yeoman is believed to come from the Middle English for young man.