More Things You Need to Know About Behavioral Finance 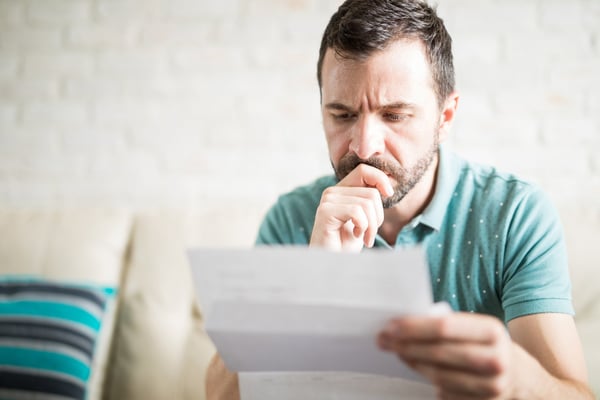 Man is supposedly a rational being. That (and opposable thumbs) is what sets us apart from the rest of the animal kingdom. But that doesn’t mean we always act rationally. Even the most open-minded of people have biases, whether they realize it or not. And these biases, many of them unconscious, can sometimes cause us to act in ways that are neither wise nor in our best interest, something that has fascinated ethicists and social scientists for decades.

Our penchant for irrational behavior is especially apparent when it comes to money, something that most of us have a complicated relationship with. It’s spawned a whole new field of academic economic thought known as behavioral finance, which attempts to better understand how cognitive errors and emotional biases tend to influence the decisions made by many investors.

In a previous blog, we looked at a number of common mistakes that researchers have identified regarding investment behavior.  This time around let’s look at a few more.

One of the most fascinating behaviors is something called “The Endowment Effect,” which is closely related to the loss aversion we discussed last time. It’s a term coined by University of Chicago economist Richard Thaler who noted that “people often demand much more to give up an object than they would be willing to pay to acquire it.” Research has shown that this holds true whether the object in question is a treasured heirloom or something picked up at a flea market last weekend.

Mere ownership appears to confer value. In one experiment, subjects given a bar of Swiss chocolate were unwilling to trade it for a coffee mug while another group given a coffee mug was unwilling to trade it for a Swiss chocolate bar. Daniel Kahneman, who won a Nobel Prize in Economics for his work in this discipline, has suggested that the endowment effect is because giving up something we already own feels like a loss and humans are extremely loss averse.

Don’t Let Your Anchors Drag You Down

Anchoring is another investment behavior worth examining. This is where an investors is “anchored” to a certain position and ignores any relevant new data. For example, someone buys a block of stock anticipating some event that will cause the share price to escalate, but the stock instead stays flat, or worse, declines. For example anyone who was anchored to Sears’s stock and believed that CEO Eddie Lampert would be able to save the venerable retailer watched the value of their shares decline from $47 each five years ago to less than $6 last October to around $0.37/share today.

A Subject Worth Studying

Behavioral finance is a fascinating subject and one worth pursuing for anyone interested in why people do the seemingly crazy things they do. In the meantime, below is a glossary of some behavioral finance terms to help get you up to speed.

Holding onto an investment for emotional reasons, such as “my grandfather left me this stock in his will and he’d be upset if I sold it.”

The challenge of reconciling two opposing beliefs, which often results in remembering the positive parts of an experience but forgetting the negative.

The tendency to take no action rather than risk making the wrong one, which often causes an investor to hold onto a stock that’s losing value, because if they sold and it rebounded they’d feel even worse.

The 20/20 vision we have when looking at a past event and thinking we understand it, when in reality we may not.

The tendency to look at recent events (or market performance) and assume that those events or conditions will continue indefinitely.

This entails looking at sums of money differently, depending on their source or the intended use.

The tendency to make a decision based on the desired outcome rather than on the probability of that outcome.

This is the tendency to place too much emphasis on one’s own abilities. It often works hand in hand with confirmation bias.

Originally developed by Nobel Prize winner Daniel Kahneman and his colleague Amos Tversky, it describes the different ways people evaluate losses and gains. Their research found that losses have a much greater negative impact than a commensurate gain will have positive.

The belief that when something goes right, it’s because you were smart and made the right decision. If it doesn’t work out, it’s due to someone else’s fault or simply bad luck.

The tendency of investors to do nothing when action is actually called for.

In case you haven't seen it already, JConnelly's latest ebook is filled with tips on how to get more leads into the top of your marketing funnel so you get more and better prospects at the bottom.

Embracing the Power of Positive Storytelling