Where Do You Go to Get Your Reputation Back? 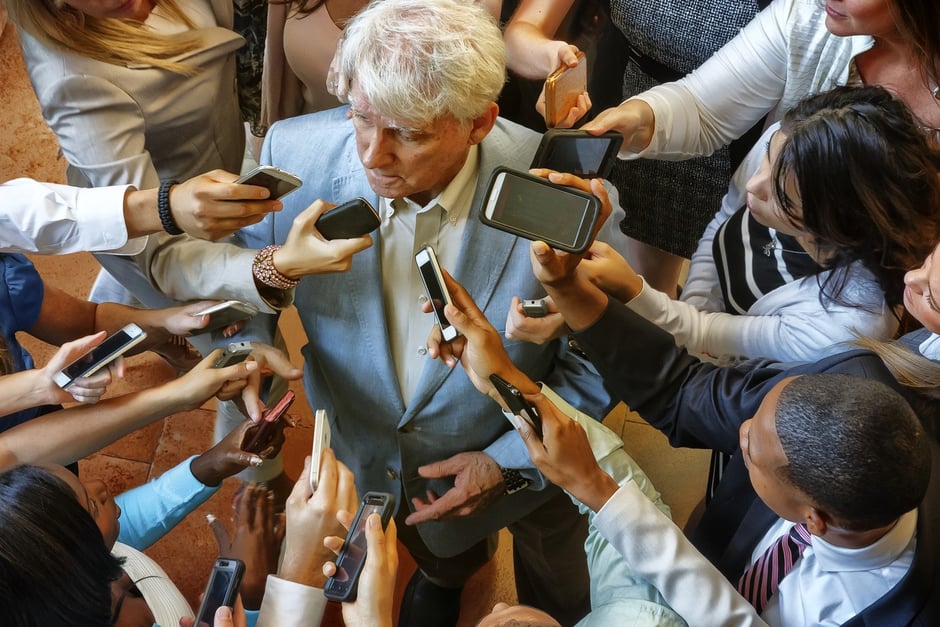 “Which office do I go to get my reputation back?”

It was a damning question, put to the media in 1987 by Raymond Donovan, the former Secretary of Labor who was indicted on corruption charges for his work with a construction company accused of having mob ties. The media had a field day with Donovan. After all, it wasn’t every day you could paint a Reagan cabinet member as a mafia stooge.

Trouble was, the charges against Donovan didn’t hold up. Not only that, Donovan’s attorneys actually never put up a defense. They rested their case without calling a single witness, saying the prosecution failed to prove Donovan did anything wrong. The jury agreed, and Donovan walked out a free man.

Donovan was free, but tainted. Hence his now-famous comment.

A Good Reputation is not Guaranteed

We spend a lifetime building a reputation, and though we think they’re made of brick and mortar, reputations are more like a house of sticks, vulnerable to a huffing, puffing breath of wind. We can be defamed easily, finding ourselves on the defensive in the most improbable moments. We can make one bad decision and be judged by it for the rest of our lives. We can actually do everything right, but one unfounded accusation can define us.

When to Fight Back

Preventing a crippling blow to your reputation takes a tactical crisis plan, which needs to be catered to the specific situation. But all such plans have some factors in common: You have to be aggressive. You have to be dogged. You can never let an untrue or unfair word stand unchallenged. And the earlier they start, the better.

My favorite example is Taco Bell’s approach to charges it didn’t actually use beef in its beef taco. The chain was sued in 2011 by a woman who claimed unfair business and advertising practices. Rather than settle, it fought back. Taco Bell bought full-page ads in USA Today, The Wall Street Journal, The New York Times and other newspapers with the message: “Thank You for Suing Us. Here’s the Truth About Our Seasoned Beef.”

The ads noted that Taco Bell’s filling was a full 88% beef, and the company even offered its recipe to prove it. The ads also ended with a challenge to its detractors: “We stand by the quality of our seasoned beef 100% and we are proud to serve it in all our restaurants. We take any claims to the contrary very seriously and plan to take legal action against those who have made false claims against our seasoned beef.”

Taco Bell’s antagonists ultimately walked away…with no money and no concessions from Taco Bell. Taco Bell walked away with its reputation not only unsullied, but strengthened.

How Michael Milken Rebuilt His Reputation from Scratch

Sometimes you can’t prevent a reputational hit from happening. Instead, you have to try to rebuild your reputation from scratch. That approach takes a similarly aggressive tack. The best example is Michael Milken. He popularized the junk bond when he was at Drexel Burnham Lambert in the 1980s. They were such a great product that savings-and-loan institutions bought them in droves. When the junk-bond market collapsed, so did the S&Ls. Prosecutors were looking for a scapegoat and they found one in Milken, who eventually went to jail on charges of insider trading and securities fraud.

Starting in prison, Milken began repositioning his life. A cancer survivor, he became a loud and active champion of medical research. Milken has raised hundreds of millions of dollars for cancer research. He is the ultimate philanthropist, is well-respected in almost every circle and is a brilliant and innovative thinker.

And he has a team around him that continues to enforce his reputational reclamation. When I was a journalist, I wrote about Milken and his history. The mention was overwhelmingly positive, focusing on all his good works. No sooner did the story run, though, than I received an email from members of Milken’s team. Their complaint? That I mentioned his conviction and jail time at all. Milken’s personal history, they argued, is all about his philanthropy and thought leadership. Mentioning his conviction was out of place. It was the kind of aggressive reputation management I didn’t expect – nor will I ever forget.

Not All Reputation Protection is Reactive

While much of reputation protection and defense seems reactive, it really isn’t. True, you might not be able to anticipate a specific crisis when it comes, but that doesn’t mean you can’t plan for one. At minimum, you should have an internal team of people in place whose job it is to coordinate strategy for when a reputational crisis hits, in addition to working with your outside communications team to craft a plan. That plan has to take into account everyone who might be affected by a reputational blow: employees, customers, partners, friends and family.

Be Proactive with a Digital Crisis Communications Plan

A plan also has to touch every media channel available to you. In a social-media-driven world, that means specific plans for Twitter, Facebook and LinkedIn. That means identifying influencers who can promote your side of the story. You also need to think about how you will utilize digital-video channels like YouTube, broadcast and cable television, and newspapers and blogs. No reputation-crisis strategy can be effective if any messaging medium is ignored or downplayed.

You Can Get Your Reputation Back

In the end, there is no office where we give people’s reputations back, but Raymond Donovan had it right. His simple, challenging sentence, delivered unambiguously to the media that had smeared him, actually went a long way toward solidifying his reputation as a business and governmental figure wronged by a system looking for scapegoats rather than justice. Not every reputational crisis can be handled as easily. Yet, any work that takes back control of your own message is worth the time and effort.

Got a reputation to rebuild? Check out our differentiated approach to anticipating and managing crises at jconnelly.com/crisis.