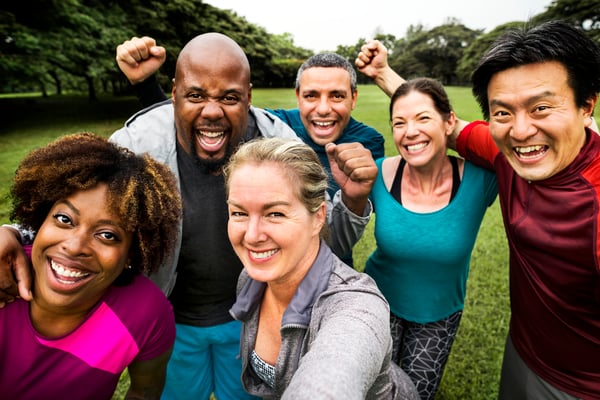 Effective communication begins with human emotion. Understanding which emotion will garner the most attention for your message can translate into positive affiliation, or, conversely, negative association.

There are seven basic human emotions. Although some say there are six, and a recent scientific paper last year posited 27 human emotions, in general, seven is the lucky emotional number. This idea dates all the way back to the ancient Chinese, who, it is said, originally identified emotions by facial expressions:

How to Get an Emotional Response

Having been in the communications end of the environmental movement prior to and post Al Gore’s An Inconvenient Truth, fear is the emotion most widely targeted to instigate actions. “The world as we know is going to end if we don’t…” “Cities will cease to exist if we continue to…” Etc.

It doesn’t take a behavioral scientist to see that the political discourse in the United States and elsewhere of late provokes widespread anger, no matter which end of the political spectrum you sit. The wonderful new film “Brexit: The Uncivil War” on HBO starring Benedict Cumberbatch is a master class on how messaging can provoke and move masses toward an intended result. A large part of the film is devoted to communications professionals trying to capture emotional responses from the general public via key words and slogans.

Reality television shows such as “The Bachelor,” “Bachelorette,” “Survivor,” “Big Brother” and the like are all about the emotion of surprise. Animal rescue commercials tap into our feeling of sadness. And Wikileaks, conspiracy shows, and extreme right/left wing media outlets tap our emotional contempt. (Check out season 6 and 7 of “Homeland” for another master class in this arena.)

You Need to Find the Right Emotion

Commercially, finding the right human emotion with which to connect can also produce financial success.

“When companies connect with customers’ emotions, the payoff can be huge. Consider these examples: After a major bank introduced a credit card for Millennials that was designed to inspire emotional connection, use among the segment increased by 70% and new account growth rose by 40%. Within a year of launching products and messaging to maximize emotional connection, a leading household cleaner turned market share losses into double-digit growth. And when a nationwide apparel retailer reoriented its merchandising and customer experience to its most emotionally connected customer segments, same-store sales growth accelerated more than threefold,” the Harvard Business Review notes in an article, “The New Science of Customer Emotions,” based on the authors’ fascinating research study of “emotional motivators.”

All of this proves that it is imperative to identify which human emotion your communications campaign is targeting, and whether that response will help you achieve your goal(s). To be sure, the product, service or issue being promoted will necessitate targeting the appropriate emotion to achieve your desired success. You wouldn’t want a pharmaceutical campaign to instill fear, nor would you want a medical alert campaign to be happy. (The unforgettable “I have fallen and I can’t get up” campaign is a good example of emotionally motivating sales.) For banks and financial services organizations, security—an offshoot of happiness—is important.

Craft Messages That Connect to Your Target’s Sentiments

The study cited by HBR especially notes the campaign for the credit card designed with Millennials in mind: “Our model uncovered desires to ‘protect the environment’ and ‘be the person I want to be’ as key motivators in the banking category for that age group. (Traditional industry motivators such as desires to ‘feel secure’ and to 'succeed in life’ are more typical of older groups.) The bank crafted messaging and features to connect to those sentiments, leading to its fastest-growing new credit card.”

Hence, emotionally targeted communications campaigns are complex. There are subcategories to identify. In the case of Millennials, it is the environment. And with older people, success is important. These are obviously two different and distinct emotional subsets. Still, they had to be addressed in parallel; not an easy task — which is why communication professionals put so much effort into discovering emotional connectors.

But let’s get back to the original tease of this post: Which emotion is the strongest? The answer is ___.

Did that blank tap an emotion in you? Whichever one it did is the correct answer. There is no scientific consensus of one emotion being universally stronger than another; they are all, it seems, equally situational.

For more discussion about this topic,