Will 2019 Be the Year of Cryptocurrency? 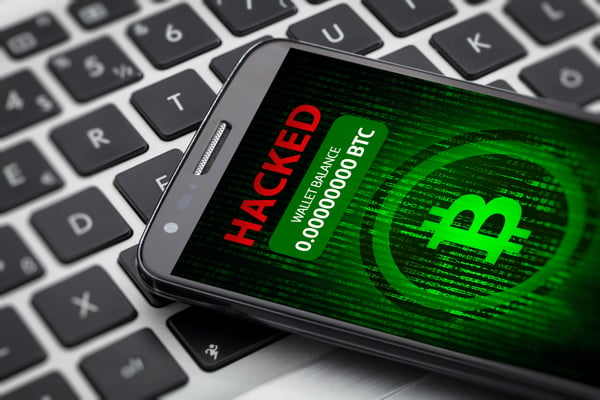 Two years ago, Bitcoin and blockchain were among the hottest topics in the investment world. This exciting new asset class—cryptocurrencies—was supposed to totally disrupt financial services, while the accompanying technology would revolutionize how international financial transactions were recorded and processed, saving both time and money. It seemed as if everyone wanted in on the action. As of August 2018, there were more than 1,600 cryptocurrencies and growing, but most people still prefer being paid with real money backed by the full faith and credit of a national treasury. The promised revolution may eventually come to pass, but it hasn’t happened yet and many observers question just how much wealth has been created by these innovations.

Bitcoin Is Still King, but Others Eye the Crown

In mid-December 2017, Bitcoin valuation reached an all-time high with each token worth almost $20,000 ($19,783.06 to be exact). A year later, that price had fallen by more than 80 percent to less than $3,200. Speculators who embraced Bitcoin early on made a killing, if they got out before the bottom dropped. Others, hoping to get rich in a hurry, sat by and watched the value of their stakes dwindle a little more every week.

Bitcoin is still the king of cryptocurrencies and it made a brief rally as the New Year began, when the price crept above $3,900 on January 2, stirring hope in the hearts of its diehard fans. Unfortunately, those gains disappeared a day later. None of the other cryptocurrencies fared much better in 2018, although Ethereum (ETH) came back in a big way in December and early January, and its primary competitor for the number two slot in the cryptocurrency valuation game, Ripple (XRP), has also been coming on strong.

One of the things driving the growth of Ripple is that it is the token used by Ripple Lab’s payment platform and is now accepted by more than 120 banks and financial institutions around the world, which is key for the long term success of any cryptocurrency.

Do Investors Want to Buy Equities with Digital Currency?

Evangelists for the cryptocurrency concept have certainly been loudly optimistic about prospects for 2019 and new activity abounds. DX.exchange is one of the newest entrants in the space. Launched by a fintech company based in Estonia, it’s described as a “new Nasdaq tech-powered crypto exchange,” which reportedly will offer tokenized shares of publicly traded companies, like Amazon and Google, alongside cryptocurrencies, like Ethereum and Bitcoin.

As the prices for Bitcoin climbed, there was a gold rush of new cryptocurrencies and initial coin offerings (ICOs) brought to market. It was like the Wild West, and no one was sure what laws applied and which regulator, if any, had jurisdiction, but the SEC appears to be taking on that role. Chairman Jay Clayton told Congress that digital assets and ICOs will get a lot more attention this year, noting that “the novel technological nature of an ICO does not change the fundamental point that, when a security is being offered,” security laws must be followed.

There Are Other Crypto Risks Besides Volatility

And taking financial advice from celebrities isn’t the only risk facing investors in digital currencies. The biggest risk, as with any investment, is loss of capital. That’s something anyone who bought Bitcoins in early December 2017, and held onto them throughout last year, painfully experienced.

Of course, market fluctuations aren’t the only ways to lose your digital money. A recent study found that more than 80 percent of the ICOs brought to market in 2017 were scams. While almost all cryptocurrency funding flowed into legitimate offerings, scams still managed to pull in 11 percent of the total or $1.34 billion.

Much has been made of how the blockchain makes transactions secure and how it’s impossible to alter the records. Blockchain doesn’t do anything, however, to prevent actual theft. Research released by Carbon Black, a cybersecurity firm, found that more than $1 billion worth of digital currency was stolen in the first half of last year alone. Culprits can range from organized crime to a tech-savvy individual looking to pick up a little extra cash. Unlike fiat currency deposited in an actual bank, there is no FDIC for cryptocurrency. When it’s gone, it’s gone.

And a few months back Nouriel Roubini, the professor of economics at NYU’s Stern School of Business who predicted 2008’s credit and housing bust, testified before the Senate Banking Committee calling cryptocurrencies “the mother of all scams,” and blockchain “the most overhyped—and least useful—technology in human history,” nothing more than a glorified spreadsheet. He also noted that nobody “uses Bitcoins for transactions apart from criminals and terrorists.”

The Future of Cryptocurrency

The question of whether or not the world really needs alternative currencies is still unanswered, but it’s highly unlikely you’ll be paying for your latte at Starbucks with a satoshi, which is the smallest unit a Bitcoin can be divided into (0.00000001BTC). In the meantime, it’s an interesting story to watch unfold.

Speaking of cryptocurrency, there are a lot of related terms for virtual money.

Learn what they are on our blog: