How to Write an Effective Press Release 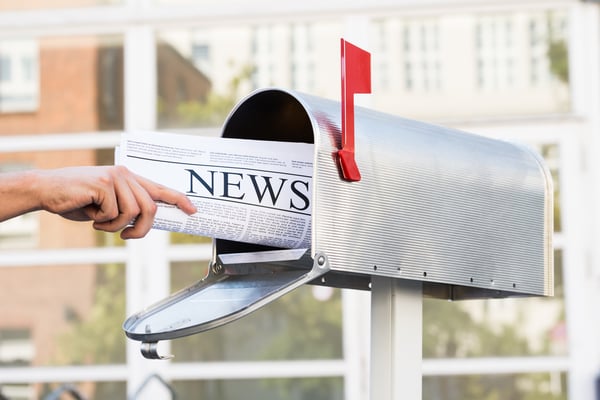 Some things are hard to let go. Millennials buckling under unemployment pressures are finding it hard to move out of their parents’ homes. Some of us still store data on floppy disks. And some companies still treat press releases as stilted text announcements, spit out by fax machines on 8.5 by 11-inch paper.

There was a time when press releases were formally stated, static news alerts, their arrival marked by the unmistakable screech of transmitting data, somewhere across the room. Those days are long gone, but the mentality of writing overly polished text formatted for letter-size paper is not.

Technology has dramatically altered our news consumption, and companies need to adapt if they want to maximize their message’s visibility and exposure. Today’s press release needs to reach a highly-mobile generation that “scans” content instead of “reads,” demands visual stimulation, and has little capacity for clunky paragraphs and staid brand repetition. Releases need to be short and account for smaller, mobile screens, their survival hinging on whether someone “scrolls,” “clicks” or “shares.”

The Sweet Spot Between Clickbait and Boilerplate

Releases today often serve as marketing collateral not really meant to engage reporters. But that does not mean we should dismiss their “story” potential. We often become so preoccupied by the conventions of brand repetition, we forget people actually want to be engaged, whether journalists or consumers.

Using prime real estate at the top of a release to showcase a storyline instead of your company name can feel counterintuitive. But, unless you’re Amazon announcing the launch of a new drone, it’s often more effective to draw people in with ideas, images and stories as opposed to company names.

Clients want to see their brand, but readers want a story. A headline that lauds the “tech startup advancing online medical screenings in rural villages” will likely draw more eyeballs than one that simply marks the launch of a company no one has heard of.

Keep in mind that search engines only register roughly the first 65 characters of a headline. So, if you only saw the first six words of both of the following announcements, which one would you click on?

Your language and tone will depend on whether your intended audience is reporters or consumers. But don’t lock yourself into leading with the company name or company lingo that is less likely to engage readers. Boilerplate language and brand repetition can actually obscure your message when they are hostile to natural storylines.

Somewhere in the history of press releases, it became acceptable to begin quotes with, “I am very [excited] [pleased] [delighted] [thrilled] to announce…,” followed by some positive company news development attributable to some C-suite executive.

These quotes, however, are nothing more than polite veneer, unlikely to garner any interest from reporters. But, why would consumers be interested such sentiments either? Is anyone likely to click on a link because an executive is “thrilled” about a new hire?

Quotes should be short, memorable and rare. They are best reserved for sharing emotion, revealing personality, explaining controversy or making powerful statements—as Johnnie Cochran famously demonstrated with, “If it doesn’t fit, you must acquit.” They should not be used for restating facts or empty pleasantries.

Guidelines for maximizing press release exposure are continually evolving. Failing to adapt could limit your brand’s reach. Boost your multimedia presence. Screen for gratuitous quotes. Don’t commit brand repetition. Craft short, digestible ideas. Think mobile. Your audience is not a static force, so your message format shouldn’t be either.

Download our ebook to see how PR can positively impact your digital communications:

“When people need us, when things are critical, we make sure we’re ready to step up and communicate.” - Chief Petty Offi...