Spelling and Grammar in Emails Count (At Least to Some People) 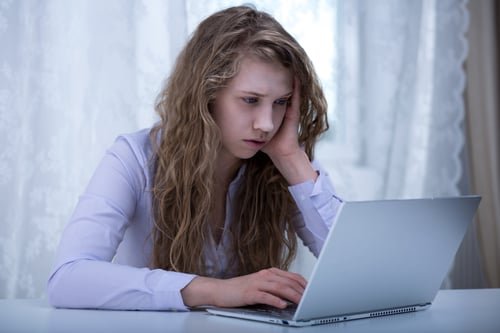 Typos in your emails, give everyone the impression that you’re lazy and unintelligent, but they bother certain personality types even more.

I admit it. I’m compulsive. I read and want to edit everything I see and hear. It doesn’t matter if it’s the copy on the side of a cereal box or the lyrics to a song heard on the radio. (I mean, why does John Mellencamp sing, “I cannot forget from where it is that I come from”? That extra “from” has bothered me for 30 years.)

And don’t get me started on email—typos and incorrect grammar drive me insane. (There’s nothing I find more embarrassing than responding to someone’s rant on Facebook and discovering that I posted something with a typo.)

It turns out that, unlike me, a lot of people don’t care about, or even notice, such things. A couple of researchers at the University of Michigan—Julie Boland, a cognitive psychologist specializing in language comprehension, who shares my obsession, and Robin Queen, a sociolinguist who doesn’t—set out to find out why.

The pair uncovered some earlier work where college students were asked to vet a potential new colleague based solely on two versions of the same email message—one of which was filled with errors. They also found that a fellow researcher at UM had studied how spelling errors in online peer-to-peer loan requests at LendingTree.com affected the likelihood of funding. Not surprisingly, the writers of error-strewn messages were perceived as less conscientious, intelligent and trustworthy (and were less likely to get a loan).

In one of their original experiments, Boland and Queen added an additional element—a personality test that measured five traits (extraversion, agreeableness, openness to experience, conscientiousness and neuroticism).

The scenario involved each participant receiving 12 email responses to an ad for a housemate, and rating the writers as potential housemates and on personality traits including intelligence, friendliness or laziness.

There were actually three versions of each message (a total of 36 different emails). One version included some typos, one contained words people commonly confuse, such as there for their, which the researchers call “grammos,” and the third was error-free.

The participants were adults of various ages and levels of education, factors which apparently had no bearing on how they perceived the writing errors. Nor did their use of electronic media. What mattered was personality type.

One interesting finding was that among the college-student participants, those who reported being heavy users of electronic media were less sensitive to errors, even those who also claimed to spend time reading for pleasure.

I guess if you’re conversant with the common texting and tweeting abbreviations (lol, btw, wtf, etc.) and the use of clever alphanumeric combinations (h8, 2day), grammar and spelling become increasingly irrelevant, at least in electronic communication.

Boland and Queen caution that their research studied a relatively small sample and that these perceptions are based on the fact that the writer of the emails was unknown. The short email message was the sum of all knowledge about the sender.

So, those who know you are probably going to be more forgiving of your email errors. They already have an opinion about how smart you are (or aren’t).  And social-media-savvy college students don’t care.

But in business communications, where you are likely communicating with strangers, or clients who are paying you to be intelligent and articulate, taking the time to get it right is crucial.

One last piece of advice from a compulsive editor: spellcheck is a great tool, but it’s not a substitute for proofreading.

Email marketing is a great way to distribute your content. Download our free ebook to find out other ways you can attract leads to your marketing funnel: