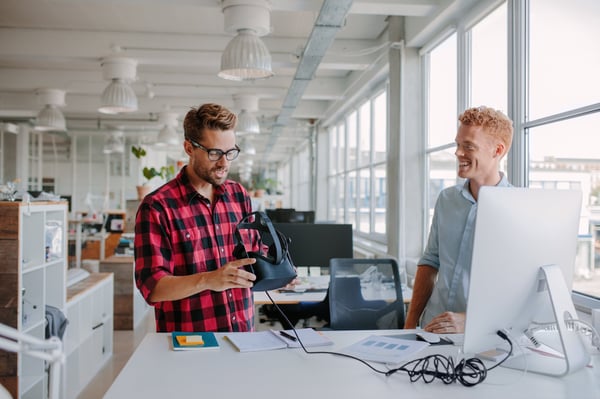 While it is important to avoid falling into the trap of a failed tech product launch, tech companies also need to ensure that all goes smoothly when they are on track to unveil a new offering on time.

For tech companies rolling out new, or updates to existing, software, brief demo videos and screenshots—accompanying press releases, shared on social media, and/or showcased at industry conferences—can be effective tools for generating interest from journalists and customers.

However, tech companies producing innovative hardware have an advantage—they can get out ahead of their scheduled rollouts and generate preliminary buzz using the one word Dustin Hoffman’s character in The Graduate was told to remember: “Plastics.”

How to Release a Prototype Prior to Launching Your Technology Device

A plastic prototype of the technology device about to be launched is all tech companies need to start a conversation and build momentum. Even though it’s just a dummy, a prototype is always helpful for effectively describing a new product and its benefits for both internal and external audiences.

While the real device is completing the final rounds of testing, or in the process of being manufactured, a photo of the prototype can be distributed to the media and online, along with a press release and video simulation emphasizing the innovative features that users can expect.

The prototype can also be displayed under glass at industry trade shows to continue the pre-launch momentum. Journalists covering trade shows know how the industry works, and understand that prototypes are all tech companies can provide prior to rolling out new products—so after taking photos and asking for more information, they won’t put company representatives on the spot by asking to handle or test a plastic prototype.

Ideally, tech companies should release photos of prototypes, along with a press release or video simulation of upcoming products, prior to industry trade shows to ensure their stories aren’t lost in the shuffle—and get people talking before they arrive on any trade show floor.

Unlike the finished products they resemble, plastic prototypes don’t have to be absolutely perfect. As long as the design is eye-catching and compelling enough to make people look twice, a prototype doesn’t need to include every little button or switch as the actual product.

Building a Tech Prototype is a Creative Process

Bringing an innovation you’ve constructed in your mind from an idea to something real that you can see and touch is always exciting. Whether you have the budget to contract a third party to construct a prototype out of plastic, or make it yourself using another material, molding your idea into exactly what you want it to look like requires just as much creativity as coming up with the original thought, if not more.

Sketching and designing your innovation, and then transforming it into a prototype which serves as a model for what’s to come, is a process in and of itself. What may appear feasible in one’s mind may not necessarily be so in reality, which is why adjustments to the original idea often need to be made as you create a prototype. Technology companies which have progressed beyond the startup phase have in-house experts—or teams of experts—who can offer input, during and after the prototype-creation process, to make the innovation even better. For example, sales team members who know what customers prefer (or complain about) may suggest that a prototype for a new camera or smartphone be shaped differently in order to be lighter, or to fit better in a pants pocket. They could also suggest that the power button on a new device be larger or smaller, or easier to identify, or that the screen size be changed.

All of this creativity and collaboration is invaluable to rolling out innovative tech hardware which is well-received by customers. But while the fine-tuning may continue until shortly before the product’s launch date, the prototype can generate interest and maintain momentum ahead of time.

The process of building your prototype may bring to light a host of unforeseen problems like system malfunctions, software integration difficulties and more. Click the link for tips to avoid a tech launch fail.