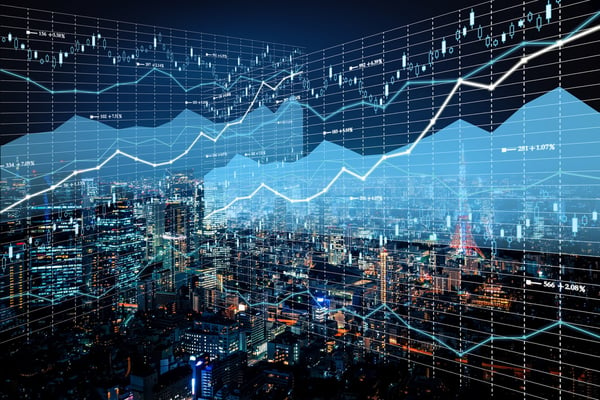 The concept of measuring investment decisions based on metrics other than earnings per share started in the United States more than 40 years ago. Since then, the idea has caught on worldwide and has grown considerably of late.

Factoring in these “non-material” factors was originally called socially responsible investing (SRI) and can be traced back to opposition to the Vietnam War. In 1967, a woman in Ohio wrote a letter to Luther Tyson and Jack Corbett, who worked on peace, housing, and employment issues for a national board of the United Methodist Church, asking how she could invest her pension money without supporting war-related industries. Four years later, they teamed up with Paul and Anthony Brown to launch Pax World Fund, the first mutual fund to use social as well as financial criteria in making its investment decisions, with $101,000 in assets.

It’s now big business, and according to the US SIF Foundation’s 2018 Report on US Sustainable, Responsible and Impact Investing Trends, by the end of last year, more than one out of every four dollars of the approximately $12 trillion under professional management in the United States was invested according to SRI strategies.

The reason this strategy is becoming more popular is because the way we apply these principles has continued to evolve. In the early days, SRI was mostly about screening out the negative—removing companies in businesses considered “sinful” such as alcohol, tobacco, gambling and weapons manufacturing—but now includes a range of approaches that focus on engagement with companies by activist shareholders who want to use their investable dollars to influence corporate behavior. There are still asset managers who use such moral screens and might consider themselves “faith-based” investors, such as JConnelly’s client Ave Maria Mutual Funds, but they represent only one segment of the ESG/SRI universe.

Dialogue is Better Than Divestment

According the latest annual survey by RBC Global Asset Management*, “When asked in the context of the Fossil Fuel Free movement whether it was more effective to divest or engage, for example, 45% of the 2018 survey respondents said engagement is more effective (compared to 8% of respondents who prefer divestment), demonstrating that investors continue to favor engaging in dialogue with companies instead of simply selling their shares.”

Although the SRI/ESG movement can trace its origins to the United States., only 18% of the pension plan sponsors, consultant, foundations, wealth managers, RIAs and other respondents in this country say they use ESG factors in their investment process, versus almost half (47%) of the investment professionals on the European continent.

Worldwide, 72% of institutional investors say they incorporate ESG criteria in their investment decision-making, up from 66% the previous year.

When I first started covering this topic as a journalist over a decade ago, there was a widespread belief among asset managers, financial advisors and the investing public that following principles of SRI, or investing with your heart as well as your head, meant giving up returns. But the data hasn’t backed that up and attitudes are changing. The same RBC GAM study found that almost a quarter of respondents in the U.S. say that an ESG-integrated portfolio will outperform a non-ESG portfolio, which is almost five times the percentage of those who indicated that in 2017, although globally 90% of respondents indicated a belief that an ESG-integrated portfolio will do as well or outperform a non-ESG one.

The big question now about returns relative to ESG is whether or not they produce alpha, which is defined as “the excess return of an investment relative to the return of a benchmark index.” While the jury is still out on this point, belief in the alpha-generating possibility of ESG is growing. In the U.S., acceptance of the attitude has more than doubled to 39% in the past year. And globally, 67% said that they think ESG is an important tool in reducing risk in investment portfolios.

Although consideration of ESG factors is widespread in Europe, and data shows they can be a valuable addition to the asset manager’s toolbox, there is widespread opposition there to having these standard imposed by regulators.

A new report from the CFA Institute found that the majority of its membership (85%) said they thought that it appropriate for institutional investors to consider ESG factors, but that any mandate to take them into consideration should not translate into forcing the manager into drafting an ESG investment policy.

It’s been a slow build, but it looks like ESG has finally gone mainstream and is only going to get bigger as investors confront issues like climate change, sexual harassment and unfair labor practices, and how they impact returns. Because, really, what’s wrong with the idea of making the world a better place, while also increasing one’s personal wealth? As a former editor of mine liked to say, “It’s doing well while doing good.”

*JConnelly has done work in the past for RBC Global Asset Management.