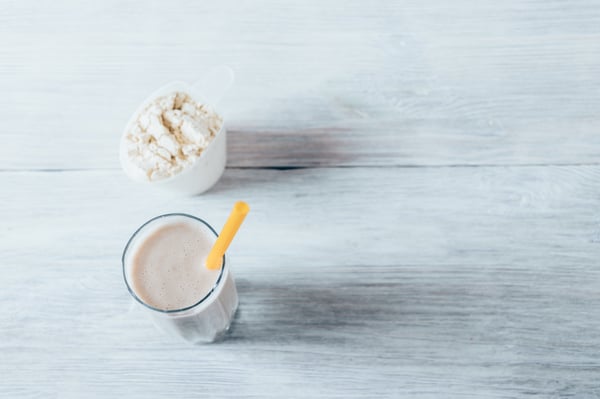 How many times a week do you wrack your brain trying to figure out what to eat for dinner? Takeout…again? I get so sick of the same Mexican, Thai and Indian places in my neighborhood. But who has energy to cook and do dishes after a long day at work? Wouldn’t it be so much simpler if we could attach an IV drip and be done with it?!

Well, apparently, I’m not the only one secretly dreaming of a food-free world.

Enter Soylent. Touted as the “end of food,” Soylent deals in shakes and a newly launched 100-calorie, chewable mini-meal, “Soylent Squared.” It’s not an IV, but the concept is the same: You don’t have to bother with the hassles of cooking or the expense of eating out. Just reach for a Soylent.

Launched in 2014 following an initial Kickstarter Campaign, Soylent quickly attracted $72 million in Silicon Valley funding and has expanded beyond online sales to include major distribution in retail locations nationwide, including Walmart, Target and 7-Eleven.

More than simply another food (or I should say non-food) success story, Soylent is a case study in ingenious marketing. Here’s why:

Soylent sounds revolutionary, but only if you ignore that there’s an entire cottage industry devoted to meal replacements. So, how is Soylent different from SlimFast, Ensure or even Tang, and why is it attracting so much venture capital when it’s just more of the same? In a word—story.

Unlike those brands, Soylent isn’t marketing to housewives who want to lose weight or older people who worry about getting enough nutrients in their diet. Soylent is selling itself as a remedy for what ails 21st century America, particularly the technology industry: too much work and not enough time.

The company’s origin story plays heavily into its marketing, for good reason. As the story goes, the four founders were 20-somethings living in a tiny San Francisco apartment working on their tech startup with the last of their Y Combinator funding. To save money, one of the founders began researching the possibility of bypassing food completely and going straight for the raw chemical components. With that, he ordered powders and pills for 35 nutrients necessary for survival and mixed it into a thick, lumpy shake. One month later, he shared his ‘aha’ moment in a blog post titled: “How I Stopped Eating Food.”

Soylent’s success in repacking an existing product or technology as something “innovative” is really nothing new in Silicon Valley circles. Before Facebook, there was Myspace and, before that, Friendster. It’s all about marketing.

Have a Good Brand Name

Soylent, of course, takes its name from the famous 1973 Charlton Heston sci-fi movie, which is itself based on the novel “Make Room! Make Room!.” This pop-culture nod gives a futuristic, cutting-edge feel to the product—despite the bleak reference. (Spoiler Alert: “Soylent Green is People!”)

From the beginning, Soylent marketed itself to a niche audience: young, striving tech workers. Interestingly, the company eventually found an opening not with the high-paid engineers but with gig workers who sustain them.

Soylent has partnered with Lyft to stock refrigerators at its driver hubs and recently signed a partnership deal with Cargo, which supplies food and beverages for sale to rideshare drivers and their customers.

The takeaway: It’s always best to narrow your focus and not try to be all things to all people.

Have a Higher Calling

For a food brand, one so deeply rooted in the Silicon Valley ethos, corporate social responsibility (CSR) is naturally a given. Soylent bills itself as a “purpose-driven company,” touting its efforts to end hunger and food insecurity by donating to food banks and food rescue organizations (this alone requires, to a degree, a suspension of disbelief given the whole “the end of food” thing).

But, there’s more. Soylent is also pitching itself as part of the solution to climate change, which poses a significant threat to the global food supply. As a plant-based protein, Soylent says it produces less carbon dioxide than livestock and reduces waste because of its year-long shelf life.

Recognizing that its core customers look for brands that support CSR initiatives, Soylent has made “giving back” a key ingredient.

Even though Soylent is an anti-food, the company recently started introducing flavors and ingredients, like cacao, chai, chocolate brownie and salted caramel, into its product line. The reason? We don’t have a vocabulary for anti-food.

“People want to consume what they know,” Soylent CEO Bryan Crowley said to The New York Times. “If you want to scale it, you need to tap into something they know. What customers know best, it turns out, is food.”

Could your business use a rebrand? Click the image to download our free ebook to learn more about how to make your brand stand out.