Avoid the Trap of a Blanket Denial in a Crisis 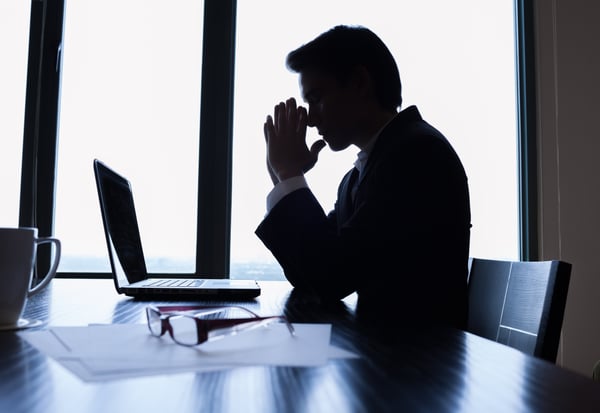 There’s a scene in the 1967 classic A Guide to the Married Man where Joey Bishop, caught in flagrante delicto with a mistress by his wife, simply denies that there is another woman in the room, so much so that she ends up believing him. The immoral moral of that scene? Deny. Deny. Deny.

It works in shtick, but not in real life. While, when faced with a crisis, our first instinct might be to deny all wrongdoing, that’s rarely a path to being able to reclaim your reputation.

In fact, your denial could make a crisis even worse.

Denials are usually the first knee-jerk when a crisis comes. Just recently, Robert Kraft, owner of the New England Patriots, was charged with soliciting prostitution after a raid of a South Florida massage parlor. The initial response was for Kraft’s representatives to come out swinging, saying they “categorically deny that Mr. Kraft engaged in any illegal activity.” Trouble is, if press reports are to be believed, there is an apparent video of the solicitation. That could make the vehement denial seem hollow.

And there’s the rub: From a reputational standpoint, a denial can compound your crime. Not only are you considered a garden-variety wrongdoer, but you’re a liar to boot.

Some people, particularly in Washington, like to parse words to make it seem that they are denying something, when they really aren’t – an approach legendary Washington Post editor Ben Bradlee coined a “non-denial denial.” But, from a reputational standpoint, that’s just as bad as a false denial. Your credibility is equally at risk.

So what do you do?

When you face criminal charges or are otherwise accused in the media of some kind of wrongdoing, the accuser often controls the narrative, putting you immediately on the defensive. Reporters will instantly contact you asking you to confirm or deny allegations. But you don’t have to remain on defense. Don’t be afraid to aggressively give your side of the story, providing useful context that paints a fuller picture of the issues at hand. Spend the time with the media to explain yourself and don’t be afraid to poke holes in the other side’s accusations, if there are any. Saying nothing leaves the field to your accusers.

The first step to reclaiming your reputation after you’ve done something wrong is to offer a proper apology. While it may seem the media and the public revel in tearing someone down, they also love a good comeback story and are very quick to forgive. When you’ve screwed up, at work or at home, how you show the depth of your contrition matters more than simply the words you say. Be successful and thoughtful in your apology and you will go a long way toward rescuing the reputation you worked so hard to build.

There is a tendency to at first see the worst in people, so much so that we go beyond the initial accusation to then add a laundry list of other misdeeds. While you should own what you did badly, there is nothing wrong with pushing back on allegations of things you didn’t do. In fact, accusers sometimes go too far, and that’s a benefit for you in a crisis, because it helps you re-assert your own credibility. Again, don’t deny something you’ve done, but certainly you should defend yourself aggressively from false charges.

You will never reclaim your reputation without a commitment to stay on a straight path in the future. True contrition – and the forgiveness from others it engenders – is based not just on saying sorry but working hard to atone for your actions and avoid similar wrongdoing. Make a promise to the stakeholders affected, whether they be your business partners, employees, or your own family, that you will honor their forgiveness by not repeating the same mistakes.

It’s not easy to reclaim your reputation but it is possible. It just takes work. And you can’t do that work when you start from a state of denial.