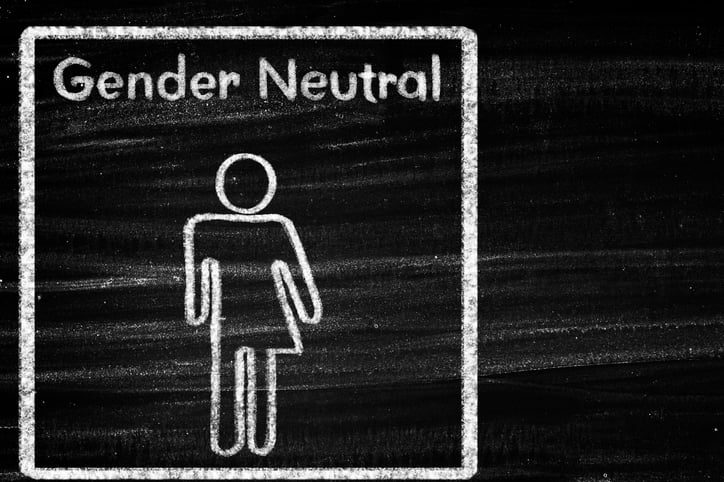 This time of year, many people look forward to Christmas and other religious holidays or a big New Year’s Eve party, but what I anxiously await is the unveiling of what the “big” words of the year are. The big news this year is that Merriam-Webster has chosen “they,” used as a gender-neutral singular pronoun, as their word of the year.

The venerable dictionary publisher said that searches for the definition of “they” had increased by more than 300% this year. The Associated Press approved that usage in their stylebook in 2017 and the American Dialect Society did the same thing a year earlier. But Merriam-Webster, is often a little late to the party, considering that their word of the year in 2017 was “feminism.”

The thing to keep in mind is that language is fluid and over time familiar words can take on new meanings. That’s why it’s important that our reference works are continually updated to reflect how people actually speak and write. Compare the English used by Shakespeare or Dickens to something currently on the best seller list and it can sometimes seem like they’re written in different languages. The trick for writers is to sound contemporary without resorting to slang.

Talk to Your Audience

Professional communications, whether we’re talking about a press release, a bylined article, a marketing brochure, an ad, or something else entirely, should reflect both the identity and personality of the brand as well as consider who comprises the target audience. For example, an asset manager looking to attract investors would speak in a different voice than a restaurant looking to attract families. The former should come across as serious and knowledgeable while the latter would likely aim for informality and a humorous approach.

Most industries, as well as hobby groups and other organizations, have their own jargon and shorthand ways of speaking, which helps conversations flow among insiders. The mistake that many companies make is using the same terminology when talking to a more general audience, such as in their marketing or public relations communications.

Keep Your Writing Conversational in Tone

Using technical terms won’t make you sound smarter or enhance your message if your audience doesn’t know what you’re talking about. Your professional writing should aim to be authoritative but still conversational in tone. Talk to people, not at them. Avoid terms and language that are not in common usage, particularly those that could be misleading. The more accessible you make your subject the larger an audience you’ll be able to reach.

Remember, buzzwords and jargon won’t enhance your message if no one has any idea what you’re trying to say. A lot of businesses these days talk about “shifting the paradigm,” “monetizing the solution,” or “engineering a disruption” without ever really explaining what those phrases mean or putting them into context. Don’t fall into that trap.

Keep your explanations simple. If there’s a less complicated way to express your idea without changing the meaning—use it. Use everyday language that’s in keeping with your brand personality. Your audience shouldn’t have to use a dictionary (even an online one) to decipher your meaning.

Sometimes a technical term is the only way to say something, but when you do use such language, make sure you explain what it means in basic terminology. Only use jargon in instances where it can help to explain, describe, or amplify your message.

As I was researching this piece, I was surprised to discover that while “they” works really well as a substitute pronoun for he or she when the individual’s gender is unknown, there are other suggestions for those who don’t identify as either male or female.

There are Other Third-Person Singular Pronouns

The Purdue Online Writing Lab explains that, “he and she are not sufficient to describe the genders of all people, because not all people are either male or female…While they is already a common part of the English language, especially while speaking, there are other third-person singular pronouns in use that you may encounter in writing. Some of these include zie/zim/zir and sie/sie/hir.”

Those were all new pronouns to me and apparently they are not the only ones, as this list from the University of Wisconsin-Milwaukee’s LGBT Center shows.

Only time will tell if any of these newer coinages will make it into mainstream language and ultimately into dictionaries and other reference works. In the meantime, know your audience and speak to them in words they’ll understand and relate to.

For more advice about how to avoid jargon in your marketing materials, click the link below to get our tips for keeping jargon out of your press releases.

Avoid the Trap of a Blanket Denial in a Crisis

There’s a scene in the 1967 classic A Guide to the Married Man where Joey Bishop, caught in flagrante delicto with a mis...